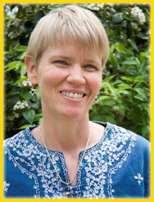 I have been communicating with the non-physical realm since I was 4 years old. My father tells me that as a child I was often talking to the “air.” Alone in a room, I could be heard talking, laughing, even singing. My parents assumed that I had created a number of imaginary friends. One day, as the story goes, I was heard yelling angrily followed by stomping out of the room in tears. That was the last time they saw me talking to the invisible.

I have no memory of these events, nor do I understand why I was unable to access the spirit world in this magical way for the next 35 years. Then, at age 39, after profound personal changes, I began sensing, hearing, seeing, and deeply feeling non-physical beings. Impressions, sensations, messages, even smells from Spirit began coming through as my hands worked the physical magic of massage. I saw people in my minds eye and felt their relationship to the person on my table.

One experience during the early re-emergence of my intuitive ability was particularly powerful. During massage, unexpectedly, I had an overwhelming sensation of a mother’s love for my client. Never having had children myself, the feeling was unfamiliar and profound. Later, my client confirmed that his mother was in Spirit, and the message was uncannily accurate.

To test my intuitive accuracy, I asked friends if I could tune in to the world of Spirit and read for them. They were happy to oblige. As they received profound insights and felt their lives changed by these readings, they, in turn, began referring their friends who came prepared with specific questions for their deceased loved ones. The answers were both fascinating and transformative. My wish through my intuitive work is to share a fundamental and profound learning—we are eternal beings living in a beneficent universe—and through this knowledge ease the fear surrounding death.

Over the past several years, my intuitive healing practice has flourished. My intention on this planet is to be a clear and conscious channel for Spirit, uniting the spiritual with the physical for the empowerment and expansion of humanity.

I was the Channel and Medium for the national award winning book, Conversations with Jerry and Other People I Thought Were Dead: Seven compelling dialogues that will transform the way you think about dying…and living by Author Irene Kendig